TUCSON, Ariz., March 21, 2019 — After a worldwide search, the Critical Path Institute (C-Path) today announced it has appointed Joseph Scheeren, Pharm. D., as its new President and Chief Executive Officer. Scheeren previously served as Senior Advisor Research and Development for Bayer AG and has had a distinguished 36-year career in the pharmaceutical industry having held positions domestically and internationally in drug development and regulatory approval on three continents. 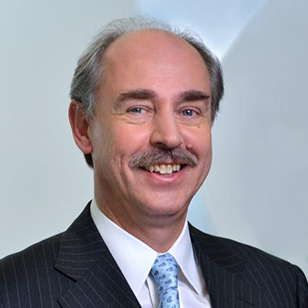 “Dr. Scheeren exemplifies the in-depth knowledge and inspiring leadership that C-Path, and every organization we collaborate with, deserve in a chief executive officer,” said C-Path Board Chairman Timothy R. Franson, M.D. “His global experience with drug development and the regulatory process is evidenced by a long list of first cycle approvals for new therapies and we couldn’t be more thrilled to welcome him to C-Path.”

Scheeren joined Bayer Pharmaceuticals as Senior Vice President, Head of Global Regulatory Affairs, in 2004, responsible for development in the US and in 2009 became Site Head US in Montville, NJ. In 2012, he assumed the position of Head of Global Development Asia in Beijing and in 2015, was appointed Head of Global Regulatory Affairs Pharma and Consumer Care of Bayer Healthcare, Basel, Switzerland. In January 2018, he was appointed Senior Advisor R&D, Bayer AG. Scheeren’s experience with global regulatory affairs will help C-Path expand its mission worldwide.

“C-Path and its partners define the type of innovation and solutions that healthcare needs now and into the future to provide patients hope and access to new treatments and cures by accelerating innovation in the development and approval pathway,” Scheeren said. “I am committed to continuing C-Path’s success by making new science happen through collaborations and continuing to be a change agent in healthcare.”

Scheeren succeeds C-Path President and CEO Martha Brumfield, Ph.D., who has led the organization since 2013 and is initiating a phased retirement. Under Brumfield’s leadership, C-Path’s funding and staff have doubled, the organization has established a Data Collaboration Center and a center of excellence in quantitative medicine, plus expanded its profile in Europe. Brumfield will serve as a special advisor to Scheeren for six months and will oversee select projects already in progress to ensure a seamless transition.

“C-Path has had outstanding growth since its founding in 2005, when it responded to the call of the FDA’s Critical Path Initiative program,” Brumfield said. “We are confident that this transition under Dr. Scheeren’s leadership will mark yet another key milestone toward our future success. I look forward to supporting him in the coming months.”

Scheeren has an established network of connections across the globe and holds many memberships and designations. He serves on the advisory boards at the Center for Innovation in Regulatory Science, the Center of Regulatory Excellence Singapore, the Research & Development-based Pharmaceutical Association in China, and the China Core Research and Development Committee. He is currently serving as Board chair of the Drug Information Association (DIA) and has served as Chairman of the DIA Regional Advisory Council for Europe, the Middle East and Africa; he is also a foreign member of the Academie Nationale de Pharmacie, France, a lecturer at Yale University and an adjunct Professor at Peking University.

His start date is April 15, 2019 and he and his family will be living in Tucson, Arizona.

C-Path (Critical Path Institute) is an independent, nonprofit organization established in 2005 as a public and private partnership. C-Path’s mission is to catalyze the development of new approaches that advance medical innovation and regulatory science, accelerating the path to a healthier world. An international leader in forming collaborations, C-Path has established numerous global consortia that currently include over 1,500 scientists from government and regulatory agencies, academia, patient organizations, disease foundations, and dozens of pharmaceutical and biotech companies. C-Path is headquartered in Tucson, Arizona, with additional staff in multiple remote locations. For more information, visit www.c-path.org.

Read More >>
x
We use cookies to ensure that we give you the best experience on our website. If you continue to use this site we will assume that you are happy with it.Ok